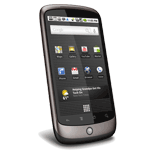 What is Android VoIP?

Andorid VoIP is a new way of using your Android phone by routing calls over the internet rather than via traditional mobile operators - thus cutting out the middle man and saving you money.

Andorid SIP client apps enables customers to make free phone calls to other VoIPVoIP users or very cheap phone calls to anyone else in the world from your mobile phone.

Android VoIP phones works wherever you have access to the internet via Wi-Fi or over 3G / 4G.

What Android phones does it work on?

Mobile VoIP brings VoIP to mass-market mobile phones with any Android phone. Some of the latest Android phones on the market are listed at the end of the page.

New Android phones are coming to market everyday and even if your phone is not listed below you can still use VoIP services as long as your mobile phone is Android.

There are several software developers that have released voip apps or SIP clients for making phone calls with Android phones.

Below you can find Android SIP Client apps that are tested with VoIPVoIP over WiFi or 3G Internet connection. 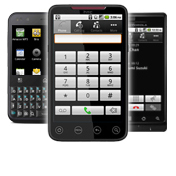 The use of this native library will ensure a better speed, call quality and less battery consumption than equivalent pure java projects.

SIPDroid is a powerful open source SIP VOIP client for your android phone. In short, it enables mobile voip for all android based mobile phones.

When using Sipdroid, it allows you to choose where you will use VoIP, on WLANs only, on 3G, or EDGE networks. Sipdroid primarily supports G.711 A-law.

Sipdroid is a GPL licensed program that allows you to make and receive SIP and make VoIP from your mobile. The app is simple to use, which just requires you to enter your SIP credentials (server, login and password).

It is easily set up by the user and offers a logical layout. The Acrobits Softphone app can be downloaded from Android market with WiFi and 3G network capability. Acrobits also supports G.729 codec for better voice quality over 3G networks.

Call functionality includes the ability to swap between two calls, merge and split calls and perform attended and unattended transfers.

You can download Bria Softphone app at Android Market.

If you already have a mobile phone with unlocked Android 2.3 version (gingerbread) or 4.0 ics version (ice cream sandwich), it includes a full SIP protocol stack and integrated call management services over WiFi. Unfortunately Internet Calling over 3G Internet conncetion is disabled and you need to use one of the apps above for VoIP over 3G.

Don't have high speed Internet with your Android phone? No Problem.

Use VoIP Direct from your cellular phone to make low cost calls.